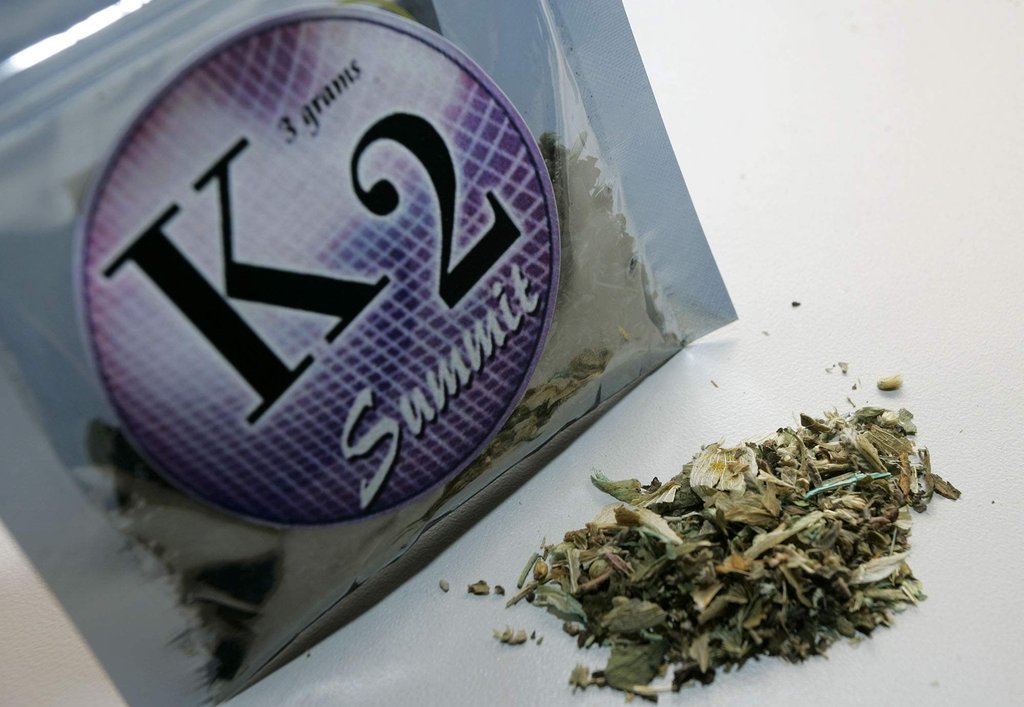 (Touch the image tags above to reveal their story.  Image tagging powered by ThingLink.)

Editor’s Note: This article is Part I in GANT’s special, three-part series on K2, a drug of concern in the Clearfield area. Part I focuses on law enforcement’s battle to detect and control K2. Part II will publish Sept. 15 in which local medical professionals discuss the rise in overdose cases and dangers of K2 use. Part III will conclude the series Sept. 22 with a local parent who struggles with their child’s addiction.

K2 is a mixture of herbs, spices or shredded plant material. It is typically sprayed with a synthetic chemical that mimics marijuana, but it is far more dangerous and potent, according to Sgt. Greg Neeper of the Clearfield Borough police. In early 2014, Neeper said borough police began to notice a dramatic increase in K2 in the Clearfield area. Borough police, he said, have handled incidents involving not only those abusing K2, but also those who are manufacturing it and out to make a profit on the dangerous synthetic drug.

“Probably within the last year or so, we started seeing a steady increase [of K2] in reports,” said Clearfield County District Attorney William A. Shaw Jr. “It’s homemade and easy to make, it’s readily available for people to purchase online and it’s highly addictive.”

According to Shaw, it’s extremely difficult to prosecute K2 cases on the local level. He explained that cases cannot be prosecuted if a substance isn’t listed within the Pennsylvania Drug Act. “And, because they [manufacturers] can quickly change the components in K2, the statute continues to remain outdated,” said Shaw.

However, he believed that efforts were being made to broaden the statute, so that law enforcement can prosecute cases if synthetic chemicals in K2 mimic the same effects as another banned substance.  He said that experts would have to be brought in to testify about the chemical make-up and effects of the drugs identified through analysis.

Shaw noted that if a case presents itself with a synthetic chemical in K2, which doesn’t appear within the Pennsylvania Drug Act, it can still be prosecuted by federal authorities if it appears on their list of banned controlled substances.

“Once we are able to identify the synthetic chemical in K2, we look to see if it is on the list of controlled substances,” said Neeper. He noted it takes several months and sometimes even longer to get synthetic chemicals added to the statewide list, and manufacturers of K2 continue to tweak chemical make-ups to play the cat-and-mouse-game with drug laws.

“K2, methamphetamine, cocaine, heroin are all problematic in Clearfield County,” said Shaw.  “The changing nature of K2 though is what makes it particularly problematic, but every opportunity we have to prosecute, we do, just like in any other drug investigation.”

For Shaw he said drug use in general is an underlying factor in other crimes, such as thefts, burglaries, robberies, forgeries, etc. “If you look at the theft-related Fugitives of the Week, most have a drug-related issue. That’s why it’s important to hold these people responsible,” said Shaw.

Magisterial District Judge Richard Ireland concurs. “K2 is the new ongoing problem,” he said. “It seems in general that many crimes are drug-related; people fund their drug habits by committing other crimes. Drugs also lead to the crimes people do while they’re high. But with the latest brand of K2, the worst part has been the overdoses.”

In fact, worsening Clearfield’s K2 problem, Neeper said is that borough police have recently been responding to a dramatic increase of overdoses on a weekly basis. He said doctors aren’t able to detect what chemical is in an overdose patient’s system, and Narcan, the drug administered to overdose patients, doesn’t work in K2 cases.

Shaw said K2 has that “added danger” because users don’t know what chemical manufacturers are actually putting into it. “[Medical personnel] can only monitor K2 patients … some people make it, some people don’t,” added Neeper. “That’s the risk you run with K2.”